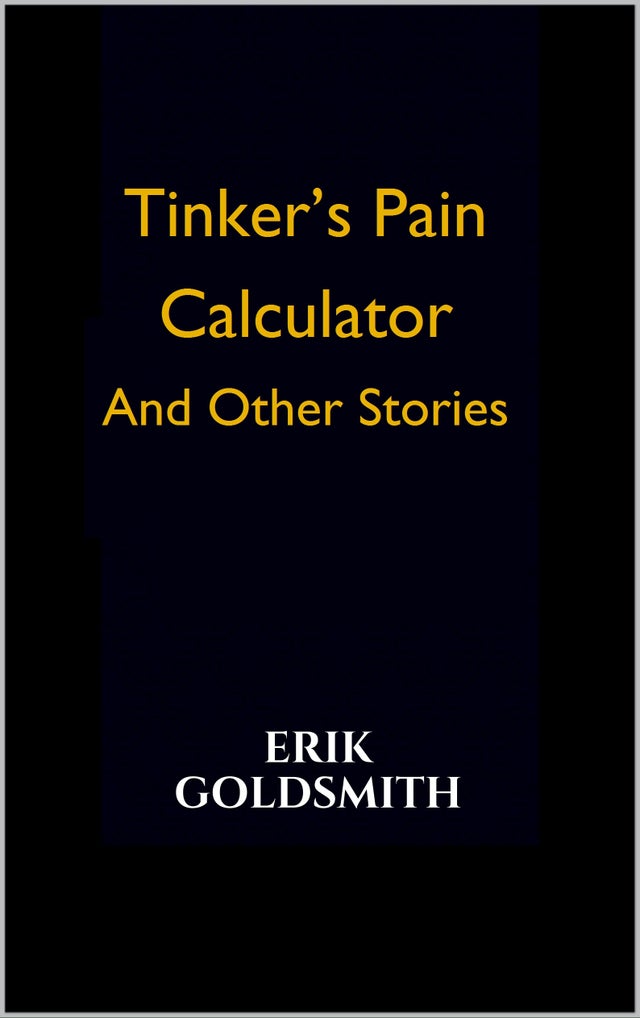 “All that created possibility, hope and fear and everything in between stood before him and he did what anyone would do.

This collection features stories about the loss of the internal world and the inability to understand why that’s important. Hilarious.

From a reality TV obsessed girl playing herself in the latest drama to a future where irony has taken a turn for the better, each one plunges headlong into the sardonic and bizarre. These five stories illustrate the world’s most intimate problem and those who can cope with the monster, and those who cannot.

In Tinker’s case, he believes he’s found a new kind of math. One that could answer the age-old question:

How many headaches equal a rape?

When you are trapped within an insane logic, following the rules only makes it worse.